For Local Government, Procurement is Critical to Openness 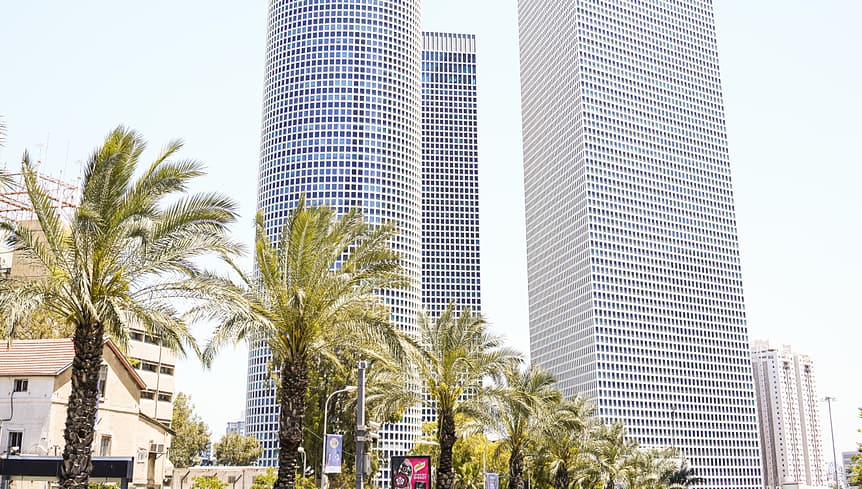 This post is the second in our Digital Engagement Insights series. The first post, ‘Open Data for Cities’, can be found here.

In recent years, Israel has acquired an international reputation as “Startup Nation.” Tech corporations have moved their R&D departments to the country, and Tel Aviv is often mentioned in the same breath as other innovation “ecosystems” such as Silicon Valley and Singapore.

Drawing inspiration from these efforts, Israeli government bodies have attempted to shed their reputation as Byzantine bureaucracies. The national government has encouraged innovation in the public sector through initiatives like Digital Israel. Likewise, several municipalities have attempted to rebrand themselves as “smart cities”, creating apps, tech incubators and various programs designed to project innovation.

But does this “smart” spirit of innovation extend to the open practices that digitalisation can enable—particularly in relation to municipal planning and development policy? An area in which local governments can directly impact the day-to-day lives of citizens, urban planning has become increasingly contentious in Israel in recent years. A lack of transparency or residents’ engagement is a main complaint.

The project collected data on the municipal websites of all 25 cities, webpage by webpage. Every city was graded on a scale of zero to fifty for the amount and type of information available on their website, as well as information accessibility.

Online information availability was generally quite low. Overall, only a third of the information sought was found to be available on city websites. Basic information on city policies, the identities and contact details of policymakers, and the nuts and bolts of the policymaking process (such as the details, locations and agendas of upcoming public meetings) were often unfindable.

When information was available, it was often presented with little legibility. Technical policy documents and maps appeared without any accompanying explanation. Documents were published in partial formats, or were completely outdated. There were few examples of cities using web-based platforms for citizen participation in policymaking.

Despite these general findings, there was a clear distinction between the higher and lower performing cities. Holon, a middle-class suburb of Tel Aviv, came out on top with 69% of its information available online, with the town of Modi’in Ilit came out last, with just 2%.

Academic research finds a greater level of openness (i.e. transparency and public engagement) in larger, richer cities. These findings largely held true in Israel. There was a higher level of openness in Tel Aviv—the country’s economic and cultural center, and the home of most of its tech startups—followed by other metropolitan centers, like Haifa and Jerusalem, and some of the secondary cities within the greater Tel Aviv area.

One determining factor was that larger, wealthier cities had websites custom-built according to their needs and specifications, while many medium-sized cities displayed planning information via off-the-shelf websites provided by private companies (few built their planning sites in-house). The off-the-shelf versions looked almost identical, and displayed the same or similar categories of information.

Perhaps counterintuitively, research suggests that outsourcing website functions can improve transparency. But the data from Israel indicates that the quality of the procurement exercise is what really matters. In Israel, there is a negative correlation between the use of outsourced, off-the-shelf websites to display planning-related information and the level of overall information availability. Cities using such websites scored several points lower, on average, than cities using custom-made websites.

Strikingly, some of the cities with greater transparency had websites made by the same companies as those with less. But there was one crucial difference: they had them made to their specifications. Procurers knew what to ask for, how to ask for it effectively, and how to ensure that the websites ultimately met those requirements. As a result of this knowledgeable, careful procurement, their websites exhibited greater openness, ultimately enabling citizens to better connect with their local government and stay informed about planning decisions.

Buying an off-the-shelf website can often be cheaper, while customizing and tweaking is likely more expensive, and requires more effort from both purchaser and supplier. Governments with fewer resources may feel trapped into opting for the ready-made version.

City networks (such as Forum 15 in Israel), and information networks (for example, among city engineers) where ideas are shared could be engaged to address this challenge. These networks could devise guidelines on what materials should be made public and how to communicate planning information. The approach might also insert more standardization: currently every municipality does as it sees fit.

Openness and the Future of Local Government

As more people move to cities, and technology companies increasingly promote digital solutions to cities’ problems, urban policy will continue to evolve. Over the coming years, city governments will have to formulate policies on a range of topics, including: autonomous vehicles, delivery drones, 5G cellular networks, use of urban airspace, and data collection in the public sphere (not to mention health challenges like those posed by the coronavirus pandemic).

There is growing consensus that for policymaking to respond to these challenges and opportunities, it must prioritise openness and participation. Cities otherwise run the risk of public backlash against new technologies and the policies that facilitate their implementation.

The case of Israel’s cities suggests that local governments must adopt a new approach to openness. City-level governments may achieve better results through proactively defining problems that need solving, in partnership with citizens and technology experts. They can then solicit from high-quality suppliers tailor-made digital resources that follow standardised ‘good practice’—while taking account of what makes their city, and their citizens, distinct.